Since writing her first number 1 hit “Will You Love Me Tomorrow” at the tender age of 17, Carole King has arguably become the most celebrated and iconic singer/songwriter of all time. 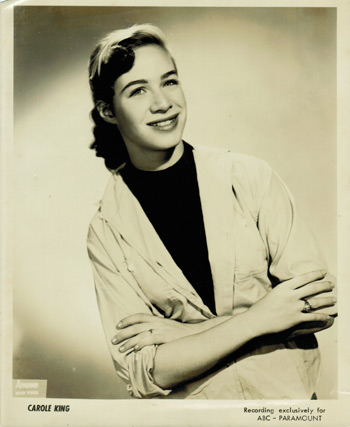 Since writing her first number one hit “Will You Love Me Tomorrow” at the tender age of 17, Carole King has arguably become the most celebrated and iconic singer/songwriter of all time.

In 1960 Carole made her solo debut with a song called “Baby Sittin’” and, two years later, her demo of “It Might As Well Rain Until September” made the Top 25 in the United States, climbing all the way to No. 3 on the British chart. In 1967 Goffin and King’s “Natural Woman” was immortalized by Aretha Franklin. To date, more than 400 of her compositions have been recorded by more than 1,000 artists, resulting in 100 hit singles. 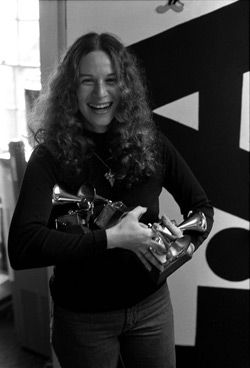 Carole's 1971 solo album, Tapestry, took her to the pinnacle. While she was recording Tapestry, James Taylor recorded King’s “You’ve Got A Friend,” taking the song all the way to number one. In a first for a female writer/artist, Tapestry spawned four GRAMMY Awards® — Record, Song and Album Of The Year as well as Best Pop Vocal Performance, Female honors for Carole. With more than 30 million units sold worldwide, Tapestry remained the best-selling album by a female artist for a quarter century, and Carole went on to amass three other platinum and eight gold albums. Tapestry was inducted into the GRAMMY Hall Of Fame® in 1998. 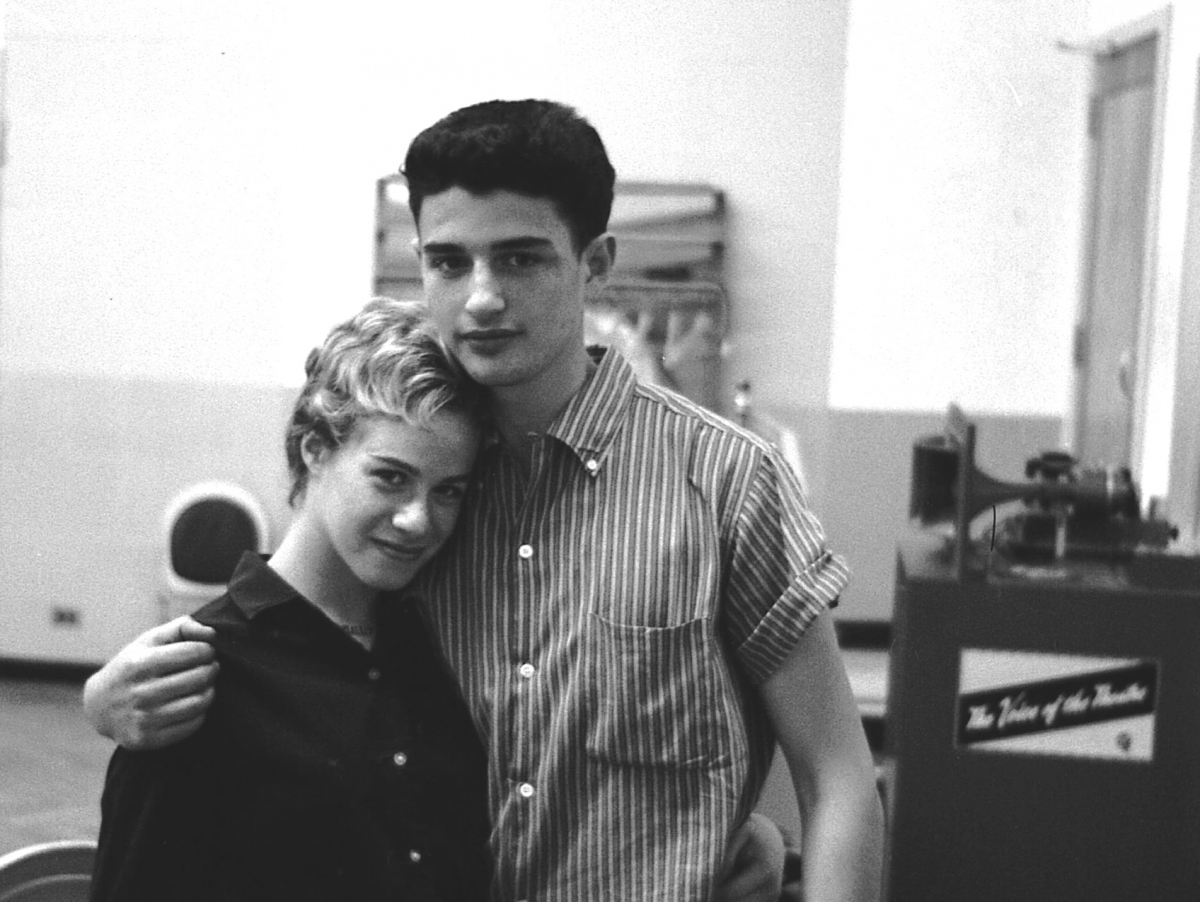 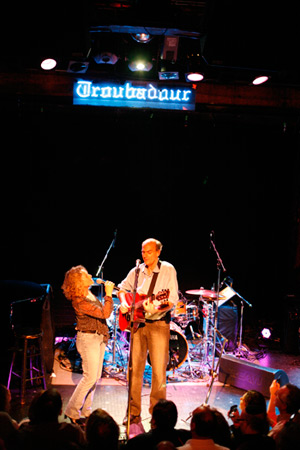 The past decade has been among the busiest and most successful of Carole's career. She’s been the recipient of a number of esteemed awards and honors, and remained active in the public’s eye with musical and literary work.

Carole's many late-career achievements include a 50th anniversary Troubadour reunion run  with James Taylor that became the RIAA gold- certified Live At The Troubadour, inspiring the pair’s 60-concert Troubadour Reunion world tour in 2010. The Troubadour shows also inspired the Morgan Neville-directed feature-length documentary Troubadours: Carole King/James Taylor & The Rise Of The Singer-Songwriter, and premiered on PBS’ American Masters in 2011 shortly after being released on DVD. 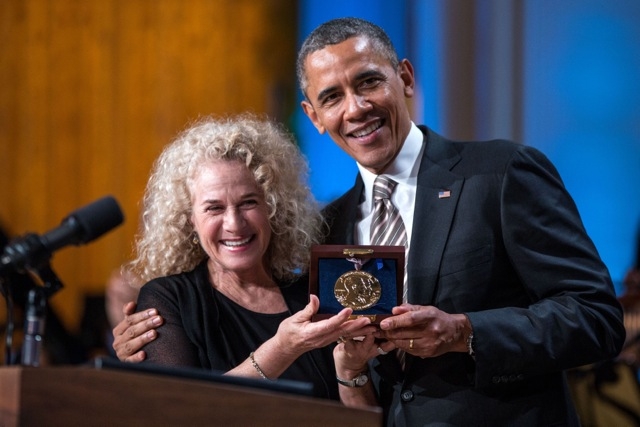 In 2012, Carole received the BMI Icon Award and an Honorary Doctorate from Berklee College of Music. The following year brought her The Recording Academy Lifetime Achievement Award, and she became the first woman to be awarded The Library of Congress Gershwin Prize for Popular Song, presented by President Barack Obama at an all-star White House gala.

Carole published her memoir, A Natural Woman, in 2012, which debuted on The New York Times best-seller list at number six and prompted Vanity  Fair to say, “America is having a Carole King moment." 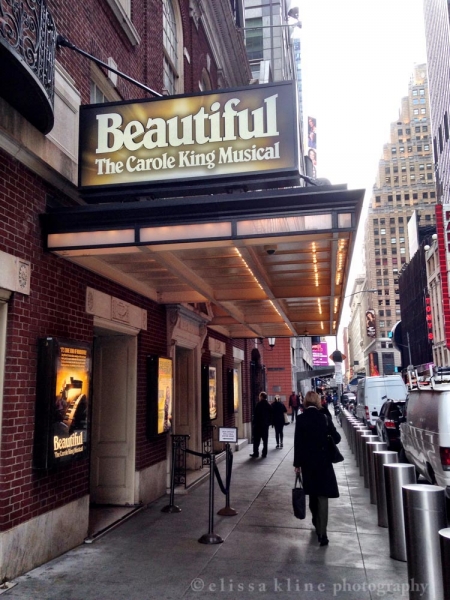 On January 12, 2014, Beautiful: The Carole King Musical opened on Broadway. Audiences were amazed by her deep musical catalog, and captivated by her life story. The show became  the hit of the season and won a GRAMMY®  for Best Musical Theater Album and two Tony®  awards.  The musical continues to tour across America.  In 2015, it made its international debut at London’s West End, where it garnered two Olivier Awards, and after wrapping up in London, toured throughout the UK. In 2017, Beautiful opened new shows in Japan and Australia.

In January 2014, Carole was honored as MusiCares Person Of The Year and a special gala was held at the Los Angeles Convention Center in which several of today’s most popular artists, including Lady Gaga, Alicia Keys, and Kacey Musgraves, performed many of her classics. To end the night, Carole herself came out to perform “Home Again”, “Jazzman”, and “Sweet Seasons”/”Hey Girl” with James Taylor; after all these years, she proved that she could still captivate an entire audience. 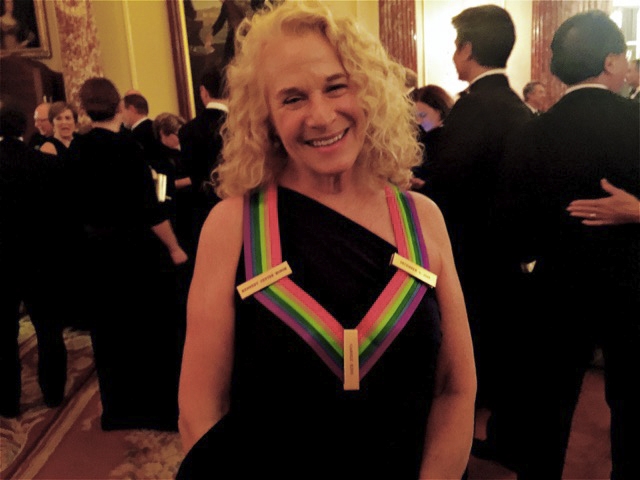 On December 6, 2015, Carole was introduced as a Kennedy Center Honoree for her lifetime contributions to American culture through her music.  Aretha Franklin, James Taylor, Sara Bareilles and Janelle Monae performed Carole's music at the ceremony to pay tribute to her indelible music.  The folowing February, PBS premiered "American Masters" - Carole King: Natural Woman," a documentary about her life and work.

On July 3, 2016, Carole returned to the UK stage for the first time in 27 years to perform Tapestry in full at a sold-out performance at Londone's Hyde Park during the BST Festival.  The 65,000+ audience spanned multiple generations and showed the power and timelessness of Carole's music.

In 2019, she performed at the national "A Capitol Fourth" concert in Washington D.C. and at the Global Citizen Festival in New York's Central Park, and presented the Artist of the Decade Award to Taylor Swift at the American Music Awards.

In 2021, Carole was inducted into the Rock and Roll Hall of Fame a second time, becoming the first person to be inducted separately as a songwriter and a performing artist. 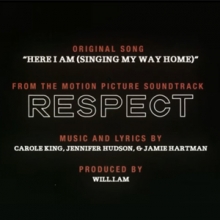 In 2021, Carole wrote a new song, "Here I Am (Singing My Way Home)" with Jennifer Hudson and Jamie Hartman, for Hudson's star turn as Aretha Franklin in the biopic 'Respect.' The film aso includes Hudson's bravura performance of the Goffin/King song "(You Make Me Feel) Like a Natural Woman," the 1967 hit credited as cementing Franklin's status as a superstar. 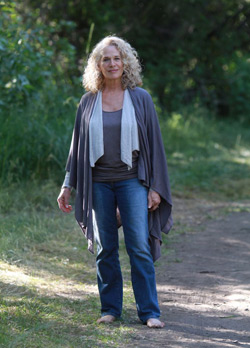 In addition to her continuously evolving musical career, Carole, who has lived on an Idaho ranch since the early 1980s, is actively involved with the environmental organizations in support of wilderness preservation.