Check out our RRHOF Photo Gallery!

Sun Valley Magazine includes a wonderful article about Carole and her enduring legacy.

Carole was inducted into the Rock and Roll Hall of Fame as a distinguished Class of 2021 honoree. For Carole's corresponding Rock Hall performance, she was accompanied on stage by Danny Kortchmar, Russ Kunkel and Leland Sklar, seasoned music veterans and members of the classic rock supergroup The Immediate Family. Read more in Rock Cellar Magazine.

It was announced May 12, 2021 that The Rock & Roll Hall of Fame revealed it's 2021 Inductees, celebrating the most diverse list of Inductees in the history of the organization and includes Carole King.

John Sykes, Chairman of the Rock & Roll Hall of Fame Foundation said, "This diverse class of talented Inductees reflects the Rock Hall's ongoing commitment to honor artists whose music created the sound of youth culture. It will make for an unforgettable live celebration of music in October at this year's Induction Ceremony in Cleveland."

To be eligible, artists are required to have released their first record 25 years prior to induction.  Learn more about the qualifications and categories here: rockhall.com/inductees/categories  In 1990, Carole King and Gerry Goffin were inducted into the Rock & Roll Hall of Fame as songwriters.  This year, Carole King was inducted as a artist.

The 36th Annual Rock & Roll Hall of Fame Induction Ceremony took place on Saturday, October 30, 2021 at 8pm ET at Rocket Mortgage Fieldhouse in Cleveland, Ohio with a radio simulcast on SiriusXM's Rock & Roll Hall of Fame Radio channel 310.  The Induction Ceremony will air at a later date on HBO and stream on HBO Max.  Visit rockhall.com/join to learn more. 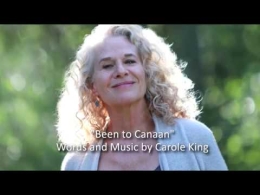 “One of the things that I try to be conscious about in crafting a song is the concept of bringing it home. I like t… https://t.co/urIB7sO2sE
August 17
These are acetates of demos Gerry Goffin & Carole King brought home from their sessions... An acetate disc is a typ… https://t.co/CUBjfIjZeZ
August 17