Join James Taylor and Carole King for an unforgettable night of music!

'Just Call Out My Name', a documentary about the creative pairing of Carole and James, will be available on HBO Max.  The program aired on January 2 at 9pm ET/PT on CNN!

Excerpts from the 2010 Troubadour Reunion Tour, and behind the scenes exclusive interviews are included.  "We had a musical language in common," said Carole " It was like we had been playing together our entire lives". Watch here.

James Taylor shares a surprising backstory here to one of his greatest hits, "You've Got A Friend", which also won a Grammy for 'Song of the Year'.

The concert documentary was directed by Frank Marshall and will be available on demand at a later date on HBO Max.

Variety announced in October 2021 that the documentary has been commissioned by CNN and HBO Max. 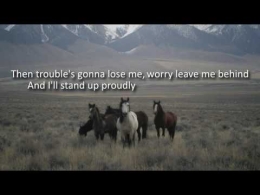