SAN FRANCISCO, CALIFORNIA - Carole King and her daughter, Louise Goffin, appeared together in Gap's "My First Love" fall ad campaign. Louise opened the spot singing her mother's classic, "So Far Away," then Carole sang "Love Makes The World" from her new album of the same title.

Louise Goffin's album, Sometimes A Circle, on Dreamworks, was released in February 2002. 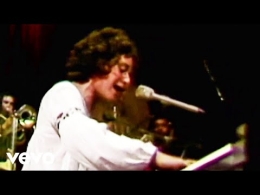