January 13 at the Paramount Theater in Cedar Rapids, Iowa,
January 20 at the Concord City Auditorium in Concord, New Hampshire and at
Caroline's on Broadway in New York City on January 21.

In this crucial election year, Carole supported John Kerry because "he'll bring dignity and respect back to America. During his more than 30 years of activism and public service, John has brought fairness and justice into law and action. He's done more for our safety and security than any other candidate," explains King of her support. "I have seen how he connects with all kinds of people across party lines, and I believe that John Kerry is the candidate who can get the most votes from Americans in both parties in November." 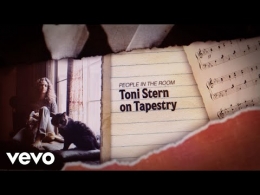