"Many of America's most precious natural resources and wildlife are found in the Northern Rockies," said Rep. Maloney. "NREPA would help protect those resources by drawing wilderness boundaries according to science, not politics. NREPA would also help reduce global warming by protecting the corridors through which vulnerable wildlife can migrate to cooler areas."

"I am proud to cosponsor this legislation to protect the Northern Rocky Mountains, one of America's great natural areas," said Rep. Grijalva. "A bold plan is needed to preserve and protect what remains of the Lewis and Clark legacy, and this bill would do just that."

"NREPA protects land and water belonging to all Americans, mitigates the effects of global warming on species, saves taxpayers millions of dollars and creates jobs. If not now, when?" asked Carole King.

Grizzly bears, caribou, elk, bison, wolves, bull trout and salmon still thrive in the Northern Rockies. The bill seeks to safeguard both these species and the lands on which they live. The Northern Rockies is the only place in the lower 48 states where native species and wildlife are protected on lands that are virtually unchanged since Lewis and Clark saw them.

The Northern Rockies Ecosystem Protection Act:
*Designates as wilderness more than 23 million acres of ecosystems and watersheds in the Northern Rockies;
*Connects natural, biological corridors, ensuring the continued existence of native plants and animals and mitigating the effects of global warming;
*Restores habitat that has been severely damaged from roads that were built, creating more than 2,300 jobs and leading to a more sustainable economic base in the region;
*Keeps water available for ranchers and farmers downstream until it is most needed; and
*Eliminates subsidized development in the designated wilderness areas, saving taxpayers $245 million over a 10-year period.

For more information on NREPA, please visit the Alliance for the Wild Rockies website. 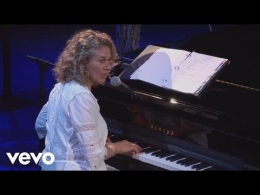