Carole King and James Taylor are among the artists featured in the film; other artists and musicians include Jackson Browne, Joni Mitchell, Bonnie Raitt, David Crosby, Roger McGuinn, Danny Kortchmar, Leland Sklar, Russell Kunkel, and many more. The film sets the story around the famed Hollywood club, The Troubadour, tracing its involvement in connecting - and launching the careers of - many of the legendary artists we know today.

Celebrating the premiere of the film, Carole performed in an intimate setting in Park City with bandmates Leland Sklar and Danny Kortchmar.

For a sneak peek at the Troubadours trailer and story featured in the LA Times Pop & Hiss, click here.

For more on Troubadours visit www.relix.com

To read more about Troubadours please visit our Media page.

Be sure to watch the interview with Troubadours director Morgan Neville, by clicking here.

And the highly-coveted Audience Award at the Santa Barbara Film Festival goes to... Morgan Neville's Troubadours! 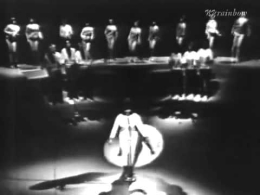