Song Chronicles is a current, compelling oral history podcast told through songwriter, artist and producer Louise Goffin's conversations with her fellow writers, musicians, producers and artists who create the music we know and love.

The first episode January 24, 2020, features Sam Hollander, a once academically-challenged teenager who became a songwriter and producer of multiple #1 hit songs.  Sam's story will inspire parents of children--and the kids themselves--who are mischaracterized as "failing" in school when their gifts are not measured by standardized tests.

Episode 2, February 21, 2020, features Grammy-Winning Producer, Recording Artist and Songwriter,  Desmond Child.   From Aerosmith to Zedd, his songs have been recorded and performed by a wide variety of both entertainers and collaborators, defying genre limits, with superstars as diverse as Bon Jovi, Garth Brooks and Kermit the Frog just to name a few.

Episode 4, May 18, 2020, proudly presents a conversation with American musician, songwriter and author, Kathy Valentine. Kathy was a member of the first, and to date, only all-female band that wrote their own songs and played their own instruments, topping Billboard charts at #1 and having one of the most successful debuts of all time.  Kathy's inspiring and honestly told memoir, "All I Ever Wanted" was released March 31, 2020.

Episode 5, July 10, 2020 features exceptional conversation with singer-songwriter, bass player extraordinaire, Gail Ann Dorsey.  Louise first met Gail in the early 90's in London, performing together and thus began a long and cherished friendship.  Gail shared, "I think...since I was a little kid...I wanted to get out of Philadelphia.  I wanted to see the world".

Episode 6 - Part 1, August 14, 2020 and Episode 7 - Part 2, August 21, 2020, proudly presents a two part interview with Peter Case, whose career stretches over half a century and is still going strong. Through the experiences that he has had,  the different band line-ups, the travels, the epiphanies, the inspiring companions, he pours vibrancy into each musical chapter.  Part 2 with Peter Case.

Episode 9 - Part 2, September 4, 2020 - in a testament to his generosity and work ethic, Al Schmitt took the time to follow up with additional  stories and memories he wanted to share, making this an even more special interview following the great first interview.

Episode 10 - Part 1, September 18, 2020 - is proud to present part one of a two-part conversation with the amazing Gloria Estefan.  Gloria spoke on a wide range of topics, from her start in the music business to the art of songwriting and muic that has influenced her.

Search "Song Chronicles" wherever you get your podcasts and subscribe today! 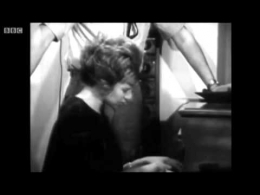